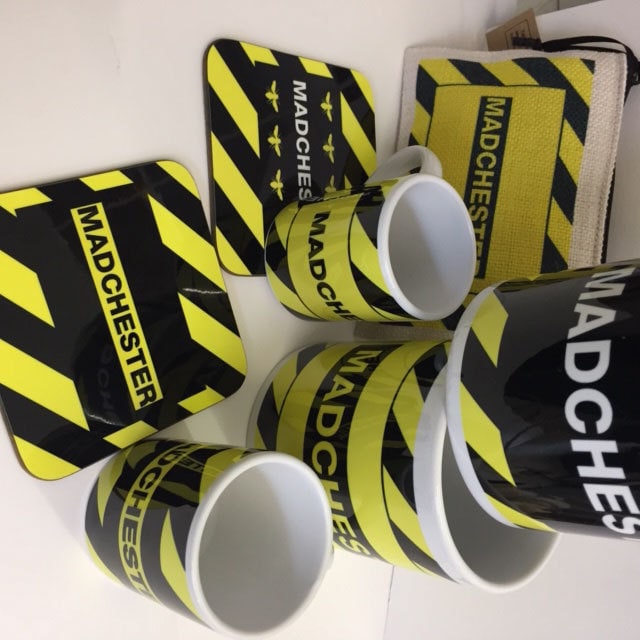 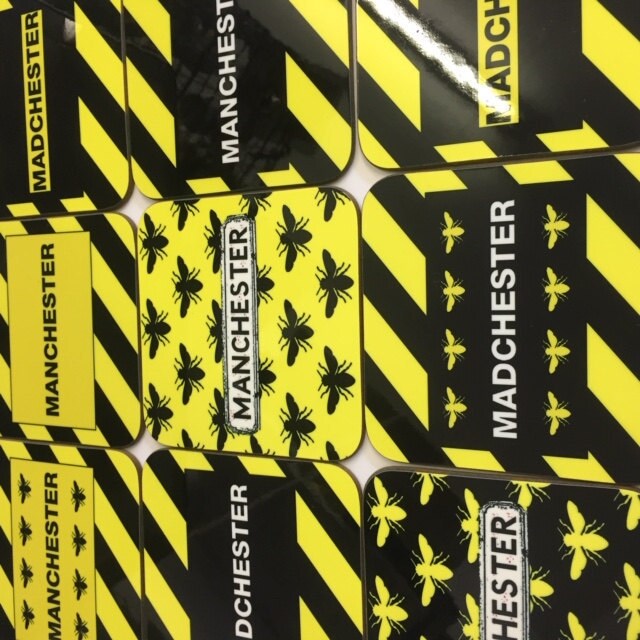 Everyone must recognise and know the iconic bold directional warning markings of the Yellow and back stripes of the The Haçienda nightclub and music venue in Manchester, England, which became famous in theMadchester years of the 1980s and early 1990s.[1][2][3][4] The Haçienda opened in 1982, and despite considerable and persistent financial troubles survived until 1997—the club was mainly supported by record sales from New Order. The Haçienda is associated with the rise of acid house and rave music. 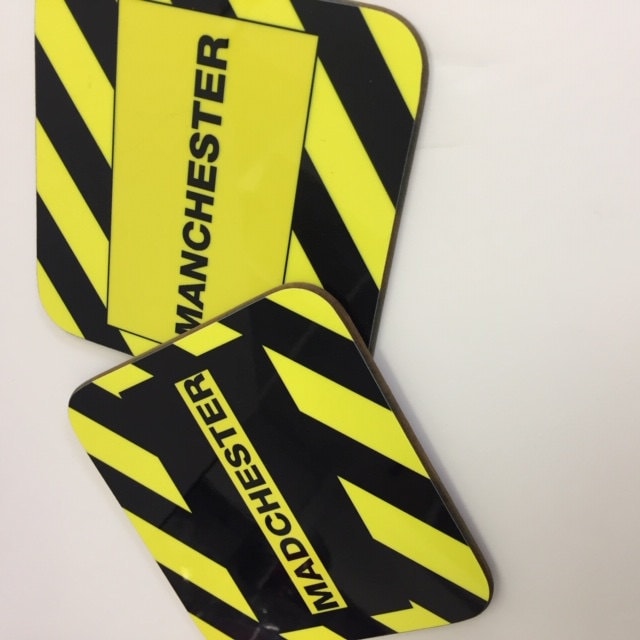 Madchester was a music and cultural scene that developed in the Manchester area of North West England in the late 1980s, in which artists merged alternative rock with acid house and rave culture as well as other sources, including psychedelia and 1960s pop. 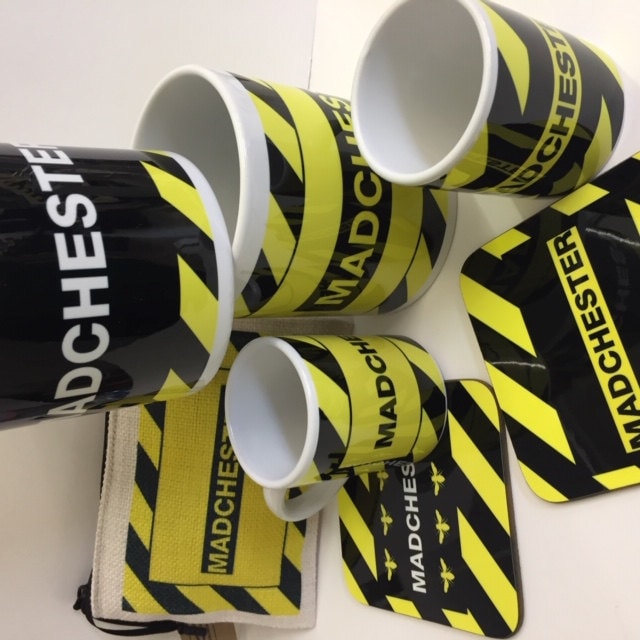 Here at the NQ gallery we have Mugs, Coasters, Cushions, Bags & pencil cases all inspired by the iconic Black and yellow stripe designed and made by NQ Creative Tinned Snail 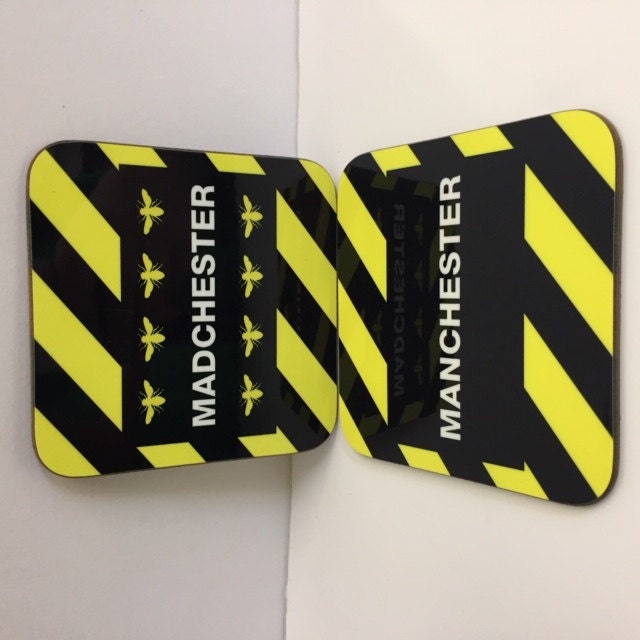 Previous Post Clint Boons Manchester - Afflecks
Next Post Happy Noel - who is your favourite Noel!
0 items in your cart